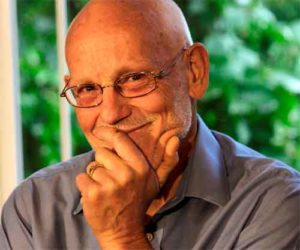 Here’s the take home if you have only one minute to read: First, clean up your child’s bed, and then bedroom, as this is where your child spends almost half of his or her life, and this is where a lot of healing happens. Convert the mattress, bedding, and bedclothes to natural fabrics (cotton, wool, linen, and silk) to eliminate the very toxic flame retardants required by law. Secondly, eliminate Teflon-type products from your kitchen, and do your best to avoid foods stored in plastic or Styrofoam.

We are bombarded almost daily by new findings about the toxicity of environmental chemicals, such that we may begin to turn a deaf ear to the bad news at every turn. It is, however, useful to respond and protect our children from those toxics (also called “xenobiotics,” or foreign molecules) which are both abundant and avoidable. Today I want to talk about two important, avoidable poisons in our environment.

The first is a group called perfluorinated compounds (also known as PFOA’s, PFC’S, PFO’S, and PFHx’S). These are highly persistent (having a half- life in people of at least 4 years) immune and endocrine disrupting chemicals which are found in almost all of us. They occur in Teflon and other coating materials such as food packaging and textile protectors, none of which is required for our comfort or well-being.

In a paper published last month (Grandjean P et al, Serum Vaccine Antibody Concentrations in Children Exposed to Perfluorinated Compounds. JAMA, 1/25/12 V307, #4), it was found that blood levels of PFC’s were strongly associated with depressed immune response to diphtheria and tetanus immunizations. In other words, those children who had higher blood levels of PFC’s had approximately half the level of antibody response to these immunizations.

Why do we give so many booster shots to children? It is done because of poor response to a single immunization in a subset of treated children. This new paper identifies one probable culprit in our children’s sluggish immune response, which may reasonably be considered to have other impacts on immune defenses. What to do in response??

First of all, discard all your nonstick pans. Secondly, do your best to purchase food which is not stretch or plastic wrapped. Thirdly, avoid using textile treatments on furniture. In purchasing new furniture, drapes and carpets, purchase untreated and natural fabrics. Finally, support detoxification in your child and your family. This is a long discussion, to be presented in another chat.

The second toxin to consider is PBDE (polybrominated diphenyl ethers), which was introduced as a flame retardant, to protect people who smoke in bed from self incineration. Strangely, laws were enacted, requiring flame retardant treatment for all bedding, even baby’s bedding (who knows, is it possible that babies might smoke in bed, as they might have sex or use drugs, and thus should receive HepB shots at birth??). PBDE’s have been shown to be very persistent endocrine disruptors and developmental neurotoxins. In other words, they interfere with hormones and with the developing brain. A study of newborns in New York City demonstrated that those who had higher levels of PBDE in umbilical cord blood showed delays in mental and psychomotor development in later childhood. In the past three decades, human levels of PBDE’s have doubled every three to five years. They are now restricted in Europe, in California, Washington, and Maine. Do the the people of these states know more than the rest of us? Are they more susceptible to these toxins, and thus more aware? No, it is a simply a matter of political will and the voice of the people over the voice of the chemical products industry.

I attended a think tank last month hosted by the UCSF Department of Child Psychiatry. Two of the presenters discussed their remarkable findings related to PBDE’s. Both of them have found striking benefits in children with autism within a matter of days of replacing their bedding with PBDE-free materials. One study in a group of children previously unresponsive to all other therapies showed notable improvements within six days when they were placed in a clean sleeping area.

How do we avoid these nasty chemicals?

2. Implement a policy of frequent hand washing in your family.

3. Don’t allow children to chew or suck on plastic or objects made of artificial materials. Instead, give them something of unpainted wood (e.g. a short piece of one inch dowel smoothed and rounded, with a hole drilled to hang it around the neck) or a safe rubber material to chew on.

4. Use a HEPA filter or other high efficiency vacuum cleaner.

6. Remove carpeting and replace with wood, tile, or wool carpet (and use a natural material for underlayment).

7. Replace your child’s mattress with a flame retardant free mattress (or construct one of a pile of old wool or cotton blankets, which can easily be laundered to kill dust mites. Second hand stores are often a good source for such materials, and you’ll need a prescription for a flame retardant-free mattress if you decide to buy one. 8. Support the detox system—another discussion as above.

In summary, first do the simple things to reduce PBDE exposure: hand washing, providing a clean sleeping area (first address the pillow, pajamas and blankets, and then the mattress), replacing objects your child chews on, avoiding purchase of contaminated products (natural fibers instead). As you go further, and have more time, money and energy, remove carpeting and synthetic furniture, and buy a good filter vacuum cleaner.

Each step you take in reducing the load of persistent organic pollutants (POPs) such as the PFC’s and PBDE’s in your child will free his system to address other toxins and disruptions, restoring his capacity to better heal his injuries. Don’t wait until you can do everything “right;” instead, take a few simple steps today, and a few more tomorrow. May your family be rewarded by your wisdom and care.

P.S .In order for you to purchase a chemical-free mattress for your child, you may need a prescription from a doctor, which I will be happy to provide.