We’ve always known that conservative, industry-friendly Republicans are fair weather friends of state’s rights. The minute state legislatures lean in, doing absolutely anything (however minor) that gores the ox of Big Business, out come proposals from conservatives to preempt state laws. Such transparently hypocritical behavior is especially disturbing when it comes from people who claim to want to return us to the halcyon world of James Madison. And so we read with dismay, but sadly no surprise, the drastic provisions of legislation authored by Sens. David Vitter (R-La.) and the late Frank Lautenberg (D-N.J.) deceptively entitled the Chemical Safety “Improvement” Act. This misguided effort to reform the Toxic Substances Control Act (TSCA, pronounced TOSCA like the opera) would make all federal rulemaking “determinative” of toxic chemical exposure limits, thereby freezing in their tracks state efforts to pass standards that are more stringent than what the beleaguered Environmental Protection Agency (EPA) has managed to cough up. Never mind that certain kinds of chemical pollution are far worse in some states than they are at the national level, and forget the notion that democracy is strongest when citizens are closer to government. States would be forced to stand down, to the grave detriment of public health. 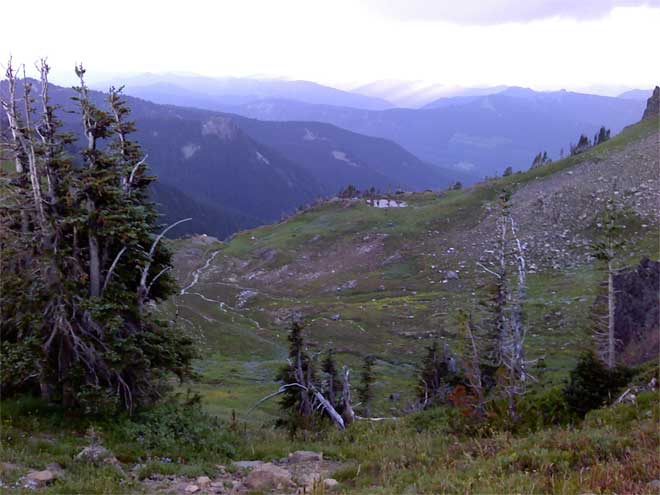 The legislation would invoke federal supremacy to invalidate California’s landmark Proposition 65, which mandates the labeling of any product containing any of 800 chemicals that cause cancer. Consumer reaction to this 25-year-old, market-based remedy is credited with dramatic reductions in toxic exposure.

The Vitter bill would also dismantle Washington State’s more recent efforts to provide similar disclosures. In September of last year, the Washington legislature required all companies that gross over $1 billion and have products that contain any of 63 listed carcinogens and neurotoxins to participate in a chemical disclosure database open to the public and readily available online. The database covered chemicals like flame-retardants, parabens, and BPA, or bisphenol A, all of which are known to cause long-term health problems for both children and adults.

The new law has compelled companies to consider both lowering the toxic ingredients in their products and finding less dangerous substitutes. Superstores like Walmart and RiteAid have asked their suppliers to accelerate those efforts. A grassroots group called “Moms for a Non-Toxic New York” is calling for similar legislation, and states from Arizona to Idaho, West Virginia and Hawaii are beginning to consider following suit.

Unfortunately, the Vitter/Lautenberg bill does not stop with this over-reaching effort to narrow the chemical industry’s targets for deregulation from 50 states to an isolated EPA. It would further ossify EPA’s painfully slow efforts to advance controls on toxic chemicals by demanding ever more elaborate analyses of the costs to industry of such protections. In a similar vein, it omits any deadlines for EPA action on toxic chemicals, a central feature of TSCA reform long touted by environmental and public health groups, as well as nonpartisan auditors from the Government Accountability Office (GAO). EPA’s entire toxics program is in such disarray that it was singled out for the disgraceful status of “high risk” rescue target in GAO’s bi-annual report because the program is vulnerable to “fraud, waste, abuse, and mismanagement” and is “most in need of transformation.” Without firm deadlines and, as important, adequate resources and the pressure provided by more aggressive state laws, EPA’s flawed efforts are unlikely to improve.

Last but not least, the legislation would curtail consumers’ access to the courts even when they can prove that toxic exposures damaged their health. The truth is that such cases are extraordinarily difficult and expensive to bring and are often defeated by well-heeled corporate defendants. Congress should resist the effort to enact yet another iteration of “tort reform” that denies badly injured consumers their day in court.

It’s not clear why or how Lautenberg, a great progressive in waning health, signed onto a bill that reads as if it were written by the American Chemistry Council. But that puzzle need not deter anyone from giving this bill a close and critical read. The harm to public health and, as importantly, to democratic government in a federalist system, that this over-reaching bill would cause are what matters. Viewed in that light, the bill is an unfortunate coda to Senator Lautenberg’s impressive legacy on these issues.

Steinzor is a professor of Law at the University of Maryland Francis King Carey School of Law. She is the president of the Center

Who’s watching out for the bodies and brains of our kids? It seems that industry is again working to define safety in their own terms, leading to the “Chemical Safety Improvement Act,” whose obvious intent is to release industry from accountability for toxic chemicals assaulting our children (and ourselves). Please let your voices be heard with your legislators; we need more oversight of environmental toxins, not less! JAGIIIMD